Rosemary comes from northern Uganda. Displaced by the war, she and her grandchildren have benefitted from the Bridges for Children program. In this interview, she tells how she came to Kampala, and how B4C has helped. In Part 2 of this interview (next week) , she tells how the Wamama group started.

TRANSCRIPT of podcast…
The names in this interview are very similar: ROSE is our primary contact with most families. JAJA ROSEMARY is one of the women who not only benefits from the program, but also gives back as a leader of women in the WAMAMA program.

JAJA: Amen. The name is Rosemary. I come from the northern region of Uganda. But here where I am right now is central Uganda. I came here because of the war after the death of my husband, and some of my elderly [adult] children. I had to run here for rescue in central [Uganda]. But when they broke Nakawa Quarters is when I came to another small house somewhere, nearby the church here.

So, Rosemary requested the young girl to bring here home where she stays, and she found me trying to clean some utensils, and she started talking to me and asking me my own story. And she said, “It is okay. Lets pray about it.”

Oh – I jumped onto my legs. At least I became happy, because – that was always my cry, because my own children didn’t go to school and my grandchildren were now not going to school. So I really thank the Calvary Temple Church who have helped me and taken my children to school.  Not only that, even up to now – from that time even up to now – issues of rent, feeding, and school fees and even health-wise it’s not okay with me.

JAJA: So, I’ve really benefitted from that because Bridges for Children – like especially Rosemary, she’s very much concerned. She wants to know about my health. Because most of the time I’m down with diabetes. And when i’m down with diabetes, the children suffer. They don’t have food. Even they – Rosemary has really struggled with these children because she’s the one who buys a uniform for them. She buys shoes for them. She tries her level best to see that she supports those children.

Even me personally. Sometimes, when I’m completely down and I go to the office, they give me some little funds to go to the hospital. Go and buy food. Because really it is a struggle. Like today – since morning we have not eaten. I’m trying to make something, so that we eat. We take lunch-stroke-supper. Especially when they’re at home [between school terms]. At school, Rosemary and the team from the church they really struggle to see that my children, when they go over early in the morning, by break time they give them porridge. Lunch time, they give them lunch. And sometimes they even buy for us raw food. I’ve benefitted a lot from this church.

And we’d like to thank God for you people on the other side who have been supporting these people to let them be able to support us. We are really very grateful. And may God bless you in abundant way you usually get from. Because it is not easy to help. Even if you are so rich, or you are poor, it is not easy to help. It comes from the bottom of your heart to see that you help somebody. Me, now I have seen it.

I used to be okay when my husband was there. But I would help, and sometimes I ask myself when I get help from people I say, “Now, why do people help me?” Then I sometimes I remember when I was in the village with my husband. I would not even see widows and orphans just suffering. Because my husband was very hard-working and he was a policeman. We used to have a very big land, and we would cultivate, so we had food.

So, sometimes people tell me in the way, when I go to the village, they say, “God is helping you, because you used to help people.” Yeah. And I thank God for that.

Because now, like when the children are at school I don’t worry because of what the children are going to eat for breakfast and lunch. And even this one who is supposed to come back at lunch time, these people have decided to keep her at school until after lunch. She eats lunch from school, so I struggle only for supper.

Amen. We take one meal. We don’t take tea. We don’t take water.
We always joke about it and say “lunch-stroke-supper”. (laughs with Rose) Yeah. Wow. Yeah. 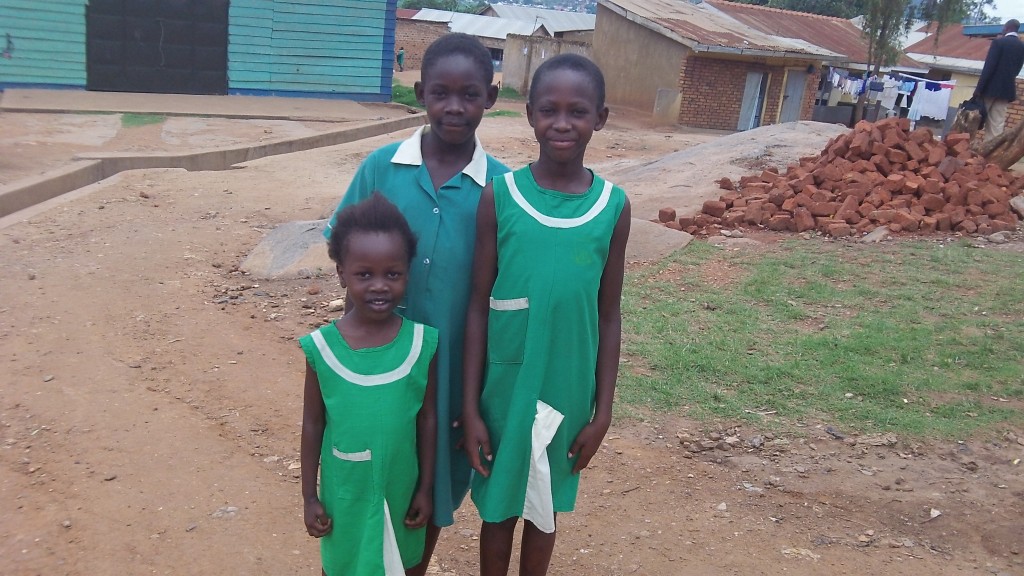 9 Reasons Children Drop Out of School

A Story About School Drop Outs

Photos: Going to School in Uganda